Tom Bobak is the editor-in-chief of American Craft Beer and recently spent a weekend exploring the LoCo Ale Trail. Here is part II of his journey.

I was recently invited to spend a couple of days in Loudoun County, Virginia, a scenic expanse of small towns, rolling hills and mountain vistas just northwest of Washington, DC.  It’s a beautiful part of the country, rich with wineries and now breweries - and also home to the LoCo Ale Trail.

I’ve written about the first part of my beer journey along the LoCo Ale Trail, and you can check out those exploits here. There just wasn’t enough space in one post to cover all the breweries that are doing some truly exciting things! I had to circle back around and let you know about four more breweries that you don’t want to miss when making the trip to Loudoun. 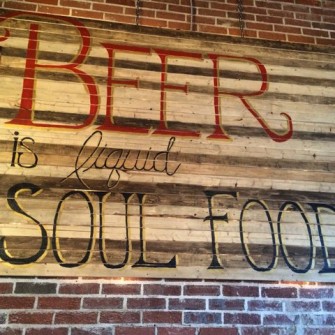 Belly Love Brewing Company – Located just off Main Street in scenic downtown Purcellville, Belly Love Brewing is a distinctive and welcome stop on the LoCo Ale Trail. Their tap room, a beautifully designed retro-modern space, peppered with cozy couches and armchairs, is a wonderful place to enjoy their fresh artisan beers. Belly Love’s family of playfully named offerings speaks to the brewery’s commitment of balance and stylistic nuance. They take a Zen approach to brewing. Belly Love’s beers are brewed to seduce, rather than overwhelm you with needless bombast. Let Owner & Head Brewer, Tolga Baki pick out that first beer for you. He loves what he does – and he always has a new favorite that he can’t wait to share. 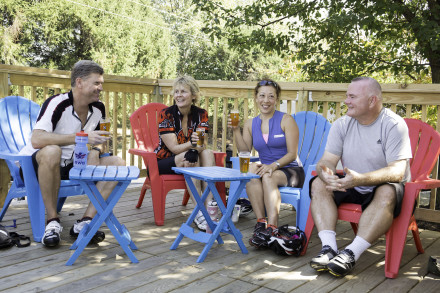 Earn your beer and show up to Old Ox on two wheels.

Old OX Brewery – Located in Ashburn, Virginia, and right off the W & OD Regional Park trail, Old Ox is a family owned and operated commercial brewery. Committed to brewing serious artisan beer and deeply wedded to Loudoun County’s community, Old Ox gets a lot of things right. They’ve got a 30-barrel brewhouse and a comfortable tasting room and their unique beer offerings span the full spectrum of styles. This is a brewery that refuses to be obvious and the fact that their core beers include a Rye Porter, An unlikely Saison, and an Amarillo, Centennial and Simcoe hopped Session IPA, defines them. 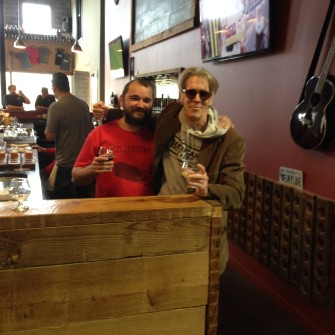 Ocelot Brewing – Another family owned operation, located in the Dulles region of Loudoun County, Ocelot Brewing is a beast of a different color. This is a brewery that’s fueled on Rock and Roll and inspired by San Diego’s rich brewing tradition. Launched in April of 2015 by brothers Adrien and Sebastian Widman, along with their father, Ocelot is one of the newest breweries on the LoCo Ale Trail. This is a brewery committed to the “new” – they offer a new beer every week. In the last six months they’ve brewed over 34 unique beers and they strive to never make the same beer twice. Ocelot brews BIG BEERS, the fresher the better, and they’re an essential stop on a trail filled with exceptional breweries. 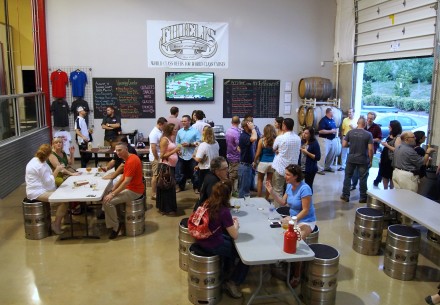 Beltway Brewing – Unlike other operations on the LoCo Ale Trail, Beltway Brewing showcases a business model that’s as fascinating as it is unique. You see Beltway doesn’t brew their own beers – but they do offer up their state-of-the-art facilities - and oversee that brewing process for some of craft beer’s most innovative names. Known in industry circles as a “contract brewer,” Beltway’s Founder, Sten Sellier likens his brewery’s role to that of a prominent recording studio making its facilities available to a popular band. And just as with recordings, contract brewing is only as good as where, and with whom, it’s done.  A visit to Beltway is an especially eye-opening opportunity for craft beer fans who crave a deeper understanding of the business - and another of the trail’s unexpected highlights.

Editors Note- If you are exploring the LoCo Ale Trail, Reston Limousine and Road Yachts offer excellent brew tours that will make navigating the trail easier than ever.