Paxton Manor's Shocktober is Back!

Paxton Manor is a unique Loudoun historical home that is part of an educational foundation and campus that provides a learning environment for children of all ages and abilities…but during October, the Manor opens to the public as the only REAL haunted house in Northern Virginia. With documented sightings of old family ghosts and visits from paranormal investigators exploring the 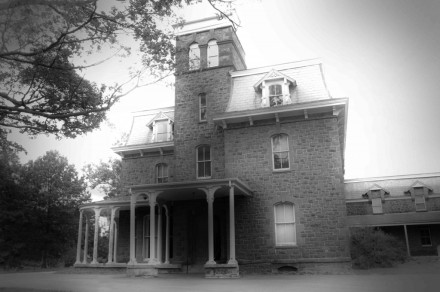 Manor, there is proof that the house is truly haunted. Paxton Manor takes advantage of this haunted history and transforms the house into a place of horror leading up to Halloween to raise money for the foundation and its children’s programs. Each year, a new haunted backstory is developed to connect and turn the whole campus into different fright zones. This time Paxton Manor has been taken over by the malicious Carver family. Learn more about the story that will make you think you will not get out alive and visit them if you dare… Shocktober’s Paxton Manor has been taken over by The Carvers… 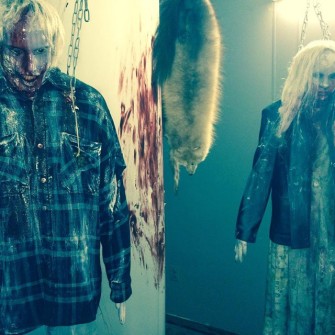 For hundreds of years the Carver family farmed on the land that is now the home of Paxton Manor. While they were living there, animals started disappearing and some were even found mutilated and dead all around the area of Leesburg. The patriarch of the family, Jedidiah Carver, was eventually found guilty of doing terrible unspeakable things to these animals and the Carver family was banished from Leesburg forever. Thrown off their land, they moved to the underground caverns below the Manor. Here they thrived and multiplied underground, but this spring they started getting restless and wanted to go back to the land they rightfully owned. They came up out of the caves and found Paxton Manor abandoned and have now taken over the house. Paxton Manor was a beautiful Victorian mansion with stunning décor, but the Carvers have redecorated with their own furry tastes. They are used to living in the muddy caves, drinking moonshine and eating whatever they can scavenge to eat and they continue to live this way even in the mansion. Paxton is no longer the beautiful property as it originated, but is now the perfect place for the Carvers to create mayhem. The Carvers are mad at the people who threw them off the land and are seeking vengeance on anyone they come across… Beware when you enter Paxton Manor! 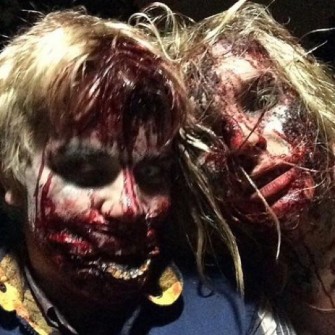 ----------------- Shocktober is open every Friday, Saturday and Sunday in October and November 1st. Doors open at 7pm and the last ticket can be purchased onsite at 10pm. Shocktober hosts four attractions in one location: Paxton Manor, the haunted house that The Carvers have taken over; The Haunted Well of Souls, the basement of Paxton Manor; The Last Ride, a coffin simulator; and The Fun Tunnel, a quick carnival trip with clowns and a twist. The price for the 4-attraction package is $30.