Being superstitious never tasted so delicious 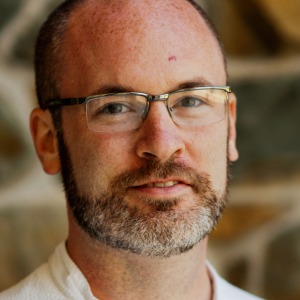 Superstition, myths, and fables- food plays such a vital role in our lives, it’s no wonder so much lore surrounds the act of eating. No other day of the year is filled with more ritual and taboo than New Year's Eve; most likely because the holiday signifies a new beginning, along with a wealth of opportunities and second chances to make claim to the life we feel we deserve. But what I love about it, is that it's a practice shared by the entire world. All of us are looking for prosperity and well-being. Wouldn’t it be great if we could make it happen with a few bites?

This year at Patowmack Farm we’ve delved deep into the world of New Year's Eve superstitions and traditions from around the world and created a menu encompassing as much luck and fortune as we can.

Below are just some of the foods you will find as part of our New Year’s Eve dinner and the traditions and superstitions that surround them.

In Italy, eating lentils is said to ensure wealth in the coming year. Since the little legumes resemble coins, it’s best to eat as many as possible. The myth is complete with pork sausage called cotechino, which is hands-down one of my favorite things to eat in the world. Zampone, a sausage-stuffed pig’s trotter, is sometimes also served in the hopes of attracting more porcine-flavored fortune. Pork is the traditional New Year's delicacy in many countries because of the symbolism of a pig’s actions; a pig roots in the ground moving forward. Lobster is often avoided, because they move backwards through the water– this is thought to bring setbacks.

In Japan, a broth made with kombu (kelp), and bonito (smoked and dried fish) is served with savory mochi called Ozoni. Imagine little clouds of rice as luxurious as fine silk floating in broth as pure as a mountain stream. Traditionally, eating ozoni for the celebration, brings a year full of happiness. 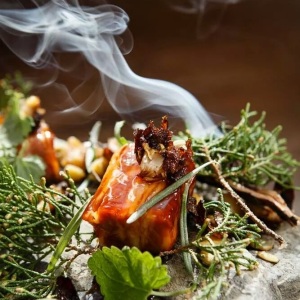 A holiday meal at The Restaurant at Patowmack Farm

Many Latin American countries complete a ritual of eating 12 grapes, one as each bell tolls the start of the New Year. Those who manage to gulp down all 12 in time, without choking (which is considered to be unlucky), are assured good luck for the future. If you don’t think 13 is unlucky, follow Peruvian tradition and eat an extra grape to ensure good things really will happen. To incorporate this tradition into our meal, we are in the process of testing sourdough gnocchi to be gently poached in verjus butter with 13 little grapes, scallops, pickled fennel, and curry.

Here, in the good ol’ “U.S.of A,”  eating black eyed peas is said to bring luck in the New Year. Eating greens such as cabbage, collard greens, mustard greens, kale or spinach is said to bring money, while cornbread (symbolizing gold bars) will also bring wealth.

New Year’s Eve traditions and superstitions extend beyond just food.  Everything from "Auld Lang Syne" and champagne toasts to midnight kisses and countdowns, stems from the thought that what you do in the last fateful moments of the year will have a direct effect on the year to come. And while traditions vary by country, I like to think that it’s a day we all celebrate together, full of hope for the year to come, with the chances of good fortune getting better with every bite.

The Restaurant at Patowmack Farm

Join Tarver King this New Year's Eve at Patowmack Farm to sample his creative menu that incorporates these superstition-wielding foods that will bring you luck and good fortune in the new year. For more, click here.

Jennifer traded in her press pass for a glass of vino and the opportunity to showcase DC’s Wine Country to the media. A former journalist, Jennifer now manages all Visit Loudoun’s press inquiries, hosts journalists and creates content for Visit Loudoun’s social media platforms.

When not at work, you can usually find this Syracuse alum watching her team or at the gym where she teaches aerobics classes. Jennifer also makes time to dance in a D.C-based tap company and care for her spike-wielding pet- Daisy the hedgehog. When she is craving her two favorite things- chocolate and wine- one of her favorite place to go is 8 Chains North for their delicious truffle and wine pairing.