Loudoun Restaurants are Lucky for the New Year

There are many traditions when celebrating New Year's Eve, but one of the most popular is food (which is fine with me because I love to eat). What you eat on New Year's Eve is believed to have an effect in the new year from good fortune to a long life. These traditions originated and are celebrated in different ways all over the world. Discover why we eating things like grapes and lentil beans on December 31st and how we would indulge in Loudoun: 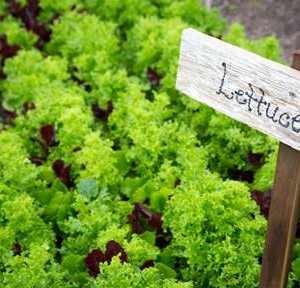 You know what is green that everyone wants? Money! Greens, specifically sauerkraut in Germany, are eaten on New Year's Eve because they are said to bring many riches in the New Year. In the South, they eat collard greens instead, but the fortune is the same. With all of the farm-to-table restaurants in Loudoun, I will participate in this tradition by having fresh greens in the "Goodstone Garden Green" salad at Goodstone Inn and Restaurant in Middleburg which is on the menu for their New Year's Eve Dinner!

Do you want an extra chance at even more money in 2016? Lentil beans are very  popular on New Year's Eve in Italy because they look like coins, which symbolize more good fortune for the upcoming year. The Restaurant at Patowmack Farm in Lovettsville is a great restaurant sitting on top of a bountiful farm. Chef Tarver King picks many different kinds of beans straight from the garden and serves them in new and delicious ways. They only serve freshly harvested veggies, but I'm sure whichever beans Chef King prepares will bring good luck in the new year. 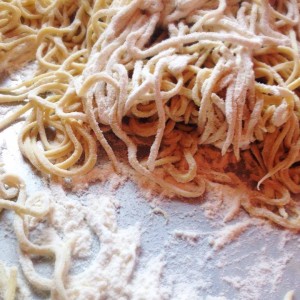 Noodles are a symbol of long life on New Year's Eve. Luckily, I prefer Asian noodles, which is where this tradition originates, so you will see me indulging in some of Mokomandy's (a unique Korean and Cajun fusion restaurant in Sterling) house-made noodle dish mixed with mushrooms, veggies and much more. Helpful Hint: If you slurp the noodles whole, it will bring more luck!

When most people think of fruit, I'm sure they think of an apple for breakfast or bananas in their cereal. In Spain, fruit on New Year's Eve means grapes. They eat 12 grapes representing the 12 months in hopes that they will all taste sweet meaning they will have good months. Watch out for those sour ones though! I prefer to have my fruit in pie form and that's exactly how I will enjoy them on December 31st. My favorite place for a fruit pie is Mom's Apple Pie Company in downtown Leesburg. 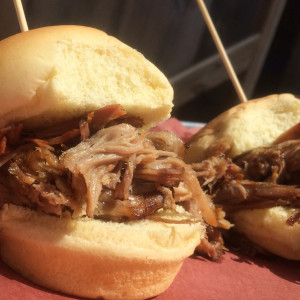 The idea of eating a whole pig, which is what they do in Austria, is a little too much for me, but having some delicious pulled pork is just my speed. Pork is consumed on New Year's Eve because pigs push forward, symbolizing progress in the upcoming year. Where is the best place to get pulled pork in Loudoun? Monk's BBQ in Purcellville of course!

On New Year's Eve in the Greece they indulge in a special round cake called vasilopita. A coin is hidden inside and whoever gets it will have good luck for the year. Round cake in general is a symbol of coming full circle. Make sure to order your New Year's Eve cake from Little Apple Pastry Shop in Aldie. Their homemade cakes are delicious! 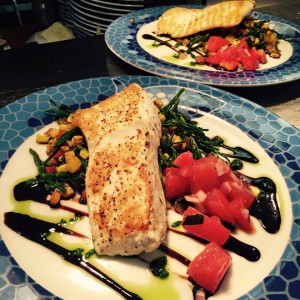 The Swedish New Year feast is usually a smorgasbord with a variety of fish dishes because the silver scales resemble coins and the fact that fish swim in schools resemble plenty which translates into having many riches. After eating your favorite meal from Ford's Fish Shack on New Year's Eve in Loudoun you will be blessed with many riches too.

It looks like I can eat my way into a very prosperous and fortunate 2016 and I can't wait! I hope you have a belly full of great Loudoun meals as you count down to the New Year. Share your food and great times with us by using #LoveLoudoun